A lot of people are looking for ways to save money on their energy bills, and one way to do that is by using solar power.

In this blog post, we will explore the possibility of running a welder on solar power. We will look at the pros and cons of doing so and see how much money you can save by making the switch!

Can You Run a Welder on Solar Power? How Does It Work?

You can run a welder on solar power but welding requires a lot of power to operate so you need a powerful portable solar panel or solar generator.

There are some welding machines that have been designed specifically to run on solar power. These machines are usually much smaller and less powerful than traditional welders, but they can still be used for some basic welding tasks.

In order to run a welder on solar power, a portable solar panel must be connected to the welding machine. The solar panel will then provide power to the machine, which can then be used to weld metal together.

The second way to connect solar panels to a welder is to use an adapter. An adapter can be used to connect any type of solar panel to a welding machine. This is the more common method, as it allows people to use their existing welders with solar panels.

I recommend also looking at a solar generator as it can still be used while charging, making them ideal for welding.

How they work is that all the solar panels are connected to the generator, and the generator will store the power for you. So, if there is no sun for a couple of days, you will still have power stored in the generator to continue your welding work.

The size of the generator you need will depend on the size of the welding machine you have and how much power it uses. A small generator should be able to power a small welder, while a larger generator will be needed for a bigger machine.

Remember that some solar generators can be powerful enough to power a whole house so make sure you get the right size for your needs!

What Are the Pros and Cons of Running a Welder on Solar Power vs Grid Power?

There are both pros and cons to running a welder on solar power instead of grid power and these differences should be considered before making a decision.

Pros of Operating a Welder on Solar Power

There are several great advantages to running a welder on solar power and most of them are really simple but important.

Great For The Environmentally

The biggest advantage of solar-powered welders is that they are much more environmentally friendly than traditional welders. Solar power does not produce any emissions, so there is no impact on the environment.

Another big one is that it can help you save a lot of money on your electricity bills. Solar electricity is free once you have installed the solar panels. So, the running cost of your welder will be decreased immediately.

Solar powered welders are usually much smaller and more portable than traditional welders. This means that they can be used in a wider range of situations, such as when working on a construction site or in a remote location where there is no grid power available.

Cons of Running a Welder on Solar Power

Although solar power is becoming increasingly popular, it is not without its drawbacks. These drawbacks can affect the decision of whether or not to switch to solar power for welding.

One potential problem with using solar panels to power a welder is that the panels may not be able to generate enough power to run the welder for an extended period of time because of the high power consumption of the different welding processes.

This could be a major issue if the welder is being used for a particularly large or challenging project.

Solar panels are also expensive to purchase and install, so there is a significant upfront cost associated with using this type of power.

We definitely recommend one or more portable solar panels instead of a hard mounted solar array. These portable panels are cheaper than a full system and can be moved around to follow the sun.

Solar power is not always reliable. The amount of power that can be generated by the sun depends on the time of day and weather conditions.

This means that there could be times when the welder will not have enough power to operate, which could lead to delays in completing a project.

How Much Money Can You Save by Running a Welder on Solar Power?

For anyone who is considering purchasing a welder, the question of how much money they can save by running the machine on solar power is an important one.

Solar panels have become increasingly affordable in recent years, and many welders now come equipped with the necessary adapters to run off of solar power.

In most cases, the initial investment in a solar panel system will pay for itself within two years through savings on electric bills. This depends on how much you use the welder, of course.

After the initial investment has been paid off, the welder will essentially be free to operate. This can lead to significant savings over the life of the machine.

There are a few things to keep in mind when trying to calculate how much money can be saved by switching to solar power.

The first is that the amount of money saved will depend on the cost of electricity in your area. In some parts of the country, electricity is relatively inexpensive, while in others it can be quite expensive.

The second thing to keep in mind is that the amount of money saved will also depend on how often the welder is used. If the machine is only used occasionally, the savings will be less than if it is used frequently.

Finally, the type of solar panel system that is installed will also affect the amount of money that can be saved. A more expensive system will typically result in greater savings over time.

If you are interested in saving money on your energy bills, then we would definitely recommend switching to solar power for your welding needs. It is an environmentally friendly option that can also help you save a lot of money in the long run.

How Much Power Does a Welder Require to Run Properly?

A welder is a tool that uses electricity to create heat, and as such, it requires a significant amount of power to run properly. The amount of power required depends on the specific type of welder, as well as the material being welded and the thickness of the material.

Most welders require at least a 220-volt power source to function properly. In some cases, welding may also require the use of a generator to provide sufficient power.

Ultimately, the amount of power required to run a welder properly can vary depending on the specific circumstances.

How Much Power Does a Compact Solar Welding Machine Need?

The machine uses a solar panel to convert sunlight into electrical energy, which is then used to generate the heat and pressure needed to weld the metal. The solar panel must be able to generate at least 3,000 watts of power in order to operate the machine.

Compact solar welding machines are available in a variety of sizes, so it is important to choose one that is appropriate for the project at hand.

Ultimately, the amount of power needed depends on the size and scope of the project.

What Are Solar Welding Helmets?

A solar welding helmet is a head-worn protective device used while welding to protect the wearer’s eyes and face from sparks, heat, and ultraviolet (UV) light.

The helmet also has a filter that automatically darkens when exposed to the intense light of a welding arc.

Solar helmets are powered by batteries that are recharged by solar panels on top of the helmet, making them more environmentally friendly than traditional helmets that use disposable batteries.

While solar welding helmets are more expensive than traditional helmets, they offer a number of benefits, including reduced environmental impact and lower operating costs.

If you are planning on doing any welding, we would definitely recommend investing in a solar welding helmet.

Can a Home Solar System Run a Welder?

A home solar system can run a welder if it is properly sized and configured. The amount of power required to run a welder depends on the specific type of welder, as well as the material being welded and the thickness of the material.

Can You Run a Welding Machine on An Inverter?

A pure sine wave inverter is necessary to run a welding machine. The inverter will take the DC power from the batteries and convert it into AC power that can be used by the welder.

Most welders require at least a 220-volt power source to function properly, so it is important to choose an inverter that can provide this level of power.

A pure sine inverter is also necessary if you want to use a generator to power the welder. The inverter will take the AC power from the generator and convert it into DC power that can be used by the welding machine.

Always check your pure sine inverter’s manual before connecting it to a welding machine to ensure that it is compatible. Also, make sure you size your inverter correctly so that it can handle the power requirements of your welder.

There are many factors to consider when trying to determine if solar power is a viable option for running a welder. The most important things to look at are the wattage of the welder and how much sunlight the location receives.

If you have a large project that needs welding, it may not be worth it to invest in a solar powered welder because you won’t be able to generate enough power.

However, if you have a smaller project or live in an area with lots of sunlight, switching to solar power can save you money in the long run by using your off grid solar system. 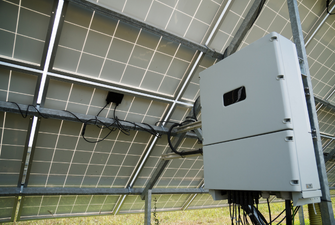 Most of us know the potential of solar energy and how it can help us to save energy bills. However, the workings and technology behind solar energy can be a little confusing. They may be…

There are many homeowners who are interested in solar power but do not know if their battery system will recharge. Are solar batteries rechargeable? The answer is yes! Solar batteries can be recharged and this… It’s inevitable… all solar lighting will eventually stop working and need to be replaced. But before you toss them in the trash, consider recycling them!...

Solar garden lights can catch fire. There are a number of common causes of solar lights catching fire, usually due to a faulty battery or...